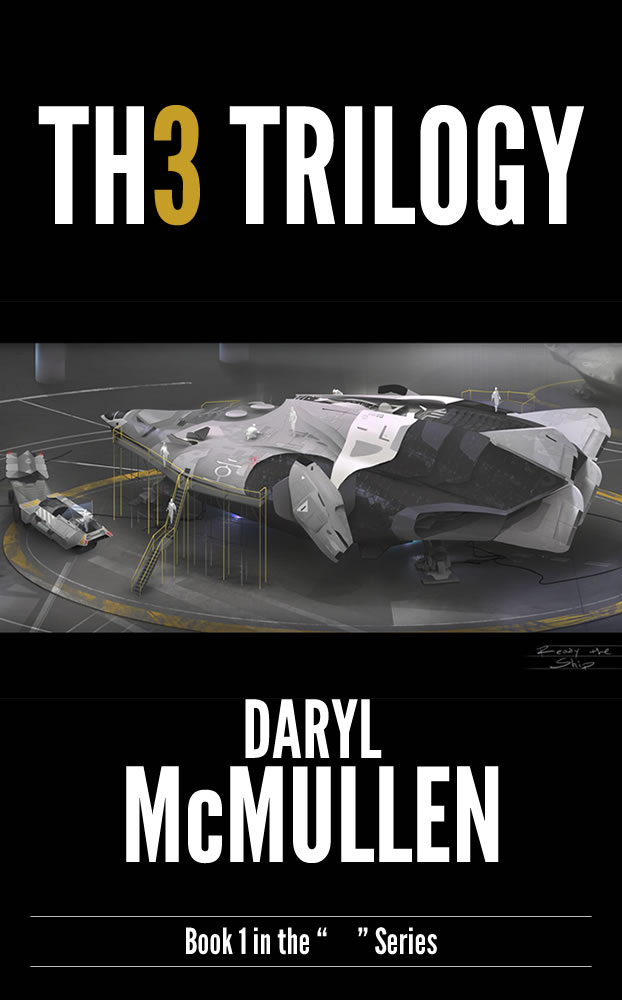 [Cover Concept. Concept Art by Nathan Dollarhite Would LOVE to work with this guy on book covers in the future…]

Date Completed
Began in 2012 / In Progress

TH3 TRILOGY came to me in the form of a very long dream, the entirety of which occurred in one night’s time. I awoke with intense images, a clear understanding of the plot from beginning to end and more details than I could remember for long. So I sat down and immediately sketched out the plot, characters and climax points for a three-book series. Over the years I have gradually added detail to the story line and firmed up sections I was a little fuzzy on.

There are elements in this book that resonate with content from Controversy Theory. However, this is a novel series that is meant to stand on its own.

Since I don’t have a name, and probably won’t for the entire writing process, I’m using TH3 TRILOGY as a placeholder until I can come up with something more appropriate…

The story spans a fair amount of time. It begins in the past with an archeological team in Egypt – searching for an ancient relic. What John Kirkpatrick and his team find is not of this world, and yet there are no clues as to where it came from, or what it does. The artifact is kept hidden and monitored until it finally offers up some answers…

Jordan Sullivan, Professor of Archeology at Yale University, is up to his eyeballs in his research when he is summoned to the Department of National Security. He meets the Director, Leonard Bacchus, and is asked to be part of a team of talented individuals looking into the significance of the artifact found in Egypt.

Leonard Bacchus is battling three very real problems. The first is this issue of the mysterious artifact. The second is an alarming increase in natural disasters. And the third, is the growing conflict in the world and its potential impact on the United States.

Captain Bill Davies and his crew have been taking the Deep Space Rover 7 further and further into space. Each mission allows them to explore, research and document new quadrants. But the team is in for a huge surprise when a sudden disturbance in their electronics leads to a finding of monumental proportions. What new mysteries await the team as they enter uncharted territory?

As the series progresses, each storyline merges and intertwines into a downward spiral. Life as we know it is becoming more fragile and unforgiving. Can the planet be saved? Can peace be restored? Or will things need to get worse before they can get better?